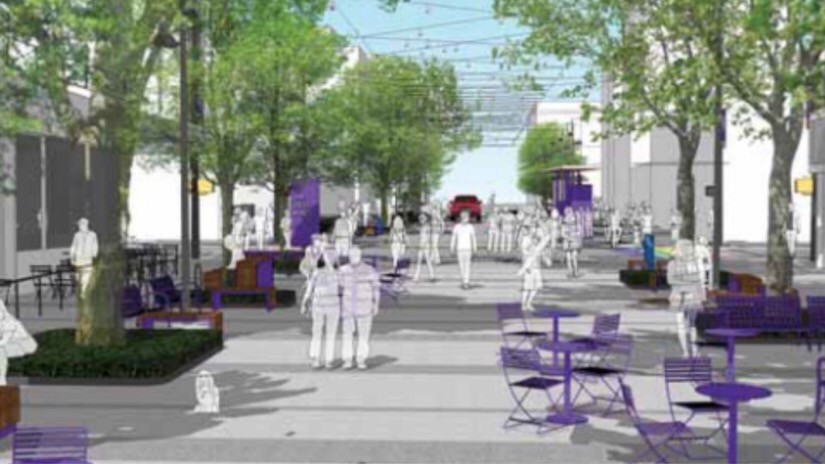 Henri Lefebvre was a French 20th century philosopher who understood that the kind of space we produce deeply influences the kind of society we have. In order to change our culture and the ways we relate to each other, we have to change the spaces where we live and interact.

The new Jim Deva plaza proposed for the heart of Vancouver’s traditionally gay village is a powerful example of this type of change.

North American culture privileges heteronormativity and the automobile. To reclaim road space for pedestrians and to then dedicate it to queer community shows a deliberate desire to change that culture.

The rainbow crosswalk, painted by city officials in 2013 at the intersection of Davie and Bute streets, adjacent to where the new plaza will hopefully sit by Pride 2016, was a symbol of what was to become a focal point for the neighbourhood. Not that symbols aren’t important, but it was just a symbol. It felt kind of like a greeting card: a kind gesture.

The proposed plaza is an actual gift to go along with the greeting card.

Currently the Davie Village has many spaces open to segments of the queer community, but none open to all. The bars and clubs provide social spaces but due to the focus on alcohol these spaces are not accessible to all ages or members of our community in recovery. Qmunity provides an inclusive and all ages space, but their main space is not physically accessible due to the staircase (which they are excited to address with their new space). Restaurants and cafes can solve some of these issues, but as businesses there is always some level of financial barrier to accessing their spaces.

As a public space, the proposed plaza will be all ages, physically accessible, and not requiring purchase to participate.

A space for our entire community.

The name is also a gift to future generations because it connects us to our history. It begs the questions “who was this Jim Deva guy?” and “what’d he do to get his name on something?” Deva’s work of community building and challenging censorship and shame undoubtably created a healthier and safer community for myself and future generations to come out into.

In 50 years, young queer people (or whatever we’re called then) will stumble across a plaque and get to read some of his story.

Maybe they’ll have already learned about him in school in their History of Social Change in the late 20th century class. But if they haven’t, this can still connect them.

When I imagine myself in this future plaza, I can feel a sense of celebration and of pride. A permanent public space is a constant affirmation that our community exists and is deserving of recognition.

Not just once a year, but every day.

Read Part 2: What we need to ask ourselves about Jim Deva Plaza